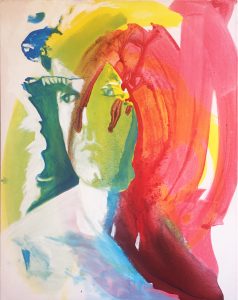 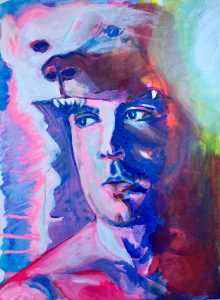 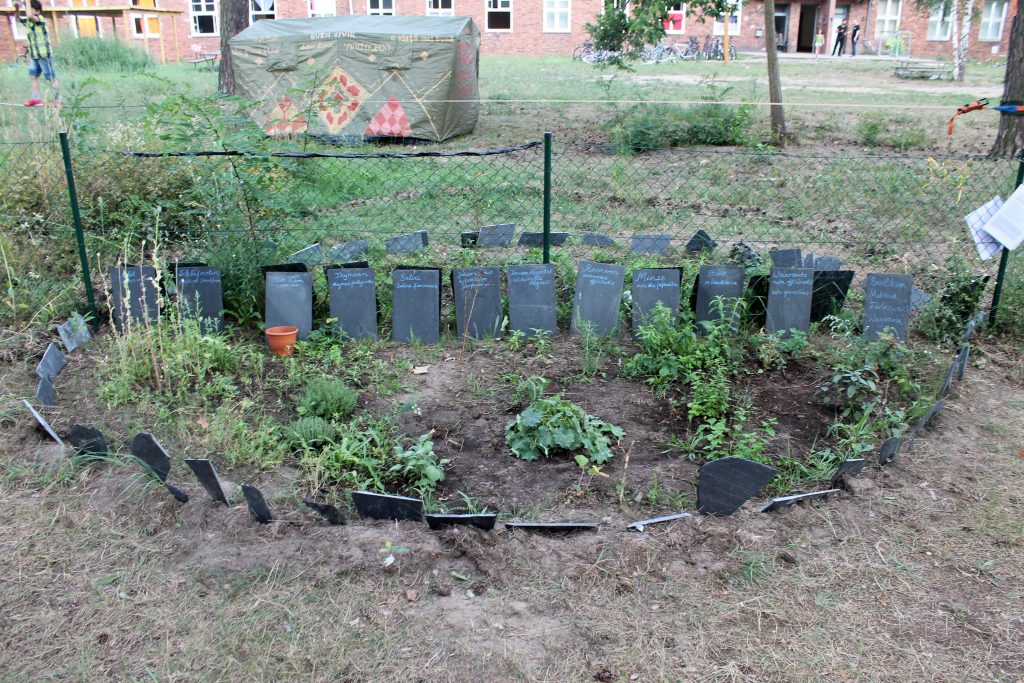 Plants that heal, season and please.

With the framework of Pleasure Ground, an project by Neues Atelierhaus Panzerhalle, curated by Petra Stegmann 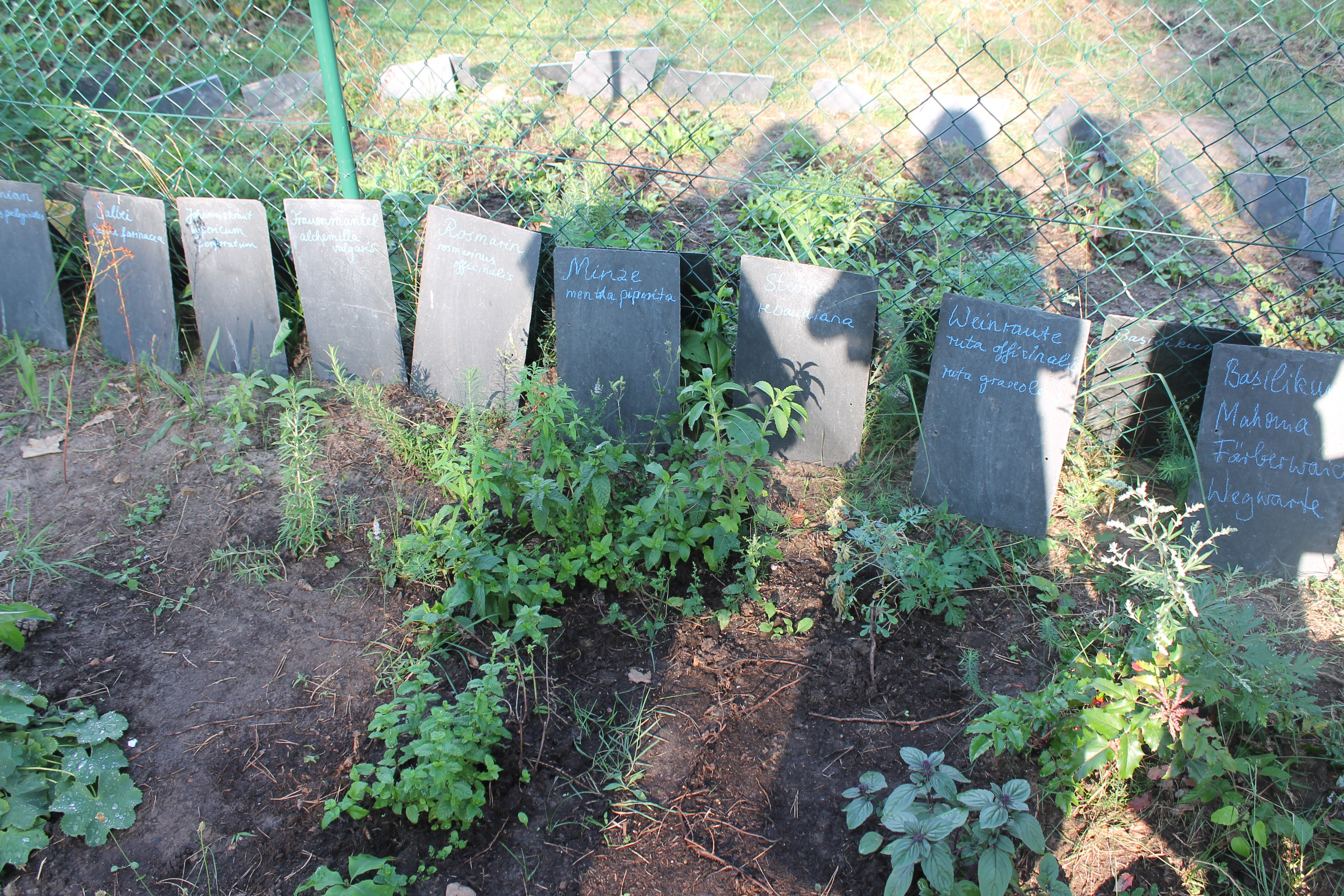 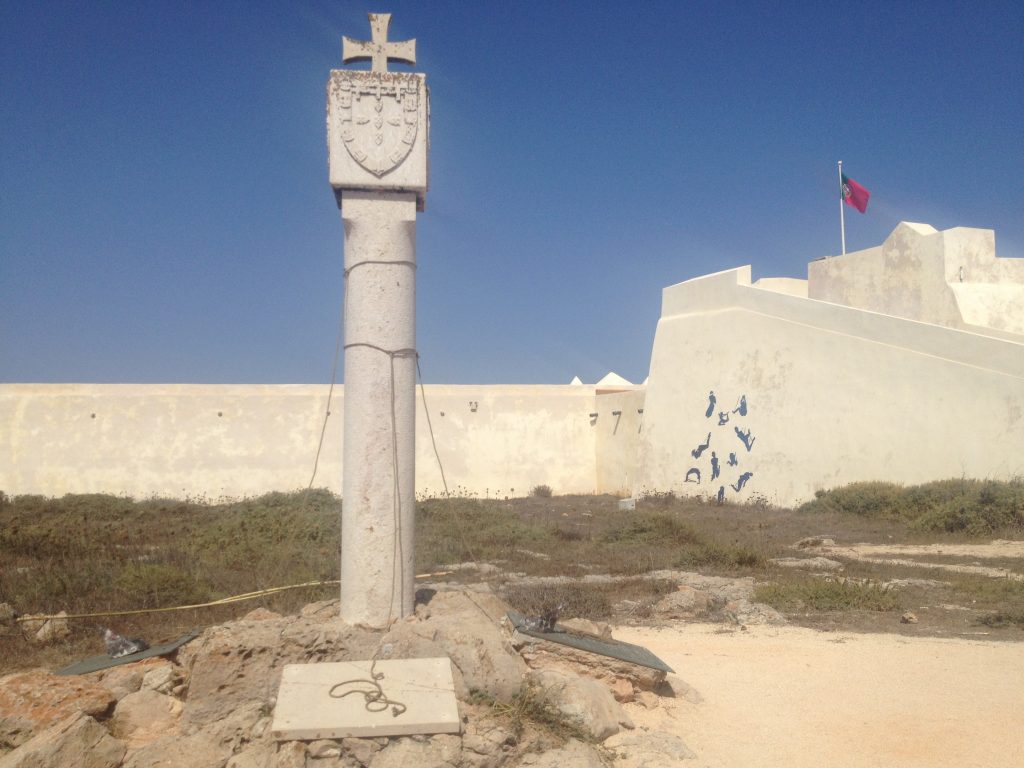 A group of new work at Fort Sagres, Portugal, within the exhibition „Peregrinacao – a partir de las Paneis de Sao Vicente/Pilgrimage – from the Panels of San Vicente“

This piece is dedicated to Emile Akakbo from Togo, who made for me a beautiful crow mask, and all the artists around the world.

My gratitude to Drury Brennan, based in Berlin, who travelled to Sagres with us and made the beautiful calligraphy; to Babette Semmer assisting in the making, and Fico Artista who helped and performed the crow dance.

These paintings are reflections of my recent research into body, mind, spirit and sacred traditions.
Ranging from prints of my own body to chaos-driven expressions, they also include images that I find in Indian and other traditional imagery of divinity. I do not wish to install hierarchies and favour one approach over the other. On the contrary, the aspects filter into one another, freeing me to form a new tradition of the „free fall“, parallel to abstract expressionism but less dogmatic. At the centre, one could detect a „truth of the present moment“ idea, that if one is totally present and free of conventional thinking, colour and shape will manifest themselves immediately due to an immediate necessity. This requires a frequent process of tying the work back to the body be it through hands and feet that touch the canvas, printing the body as a whole, or through knowledge and experience. Titled “In Pursuit of Chaos and Light”, these paintings are a continuation of the „Body, Gender, Fluidity“ series of earlier years. 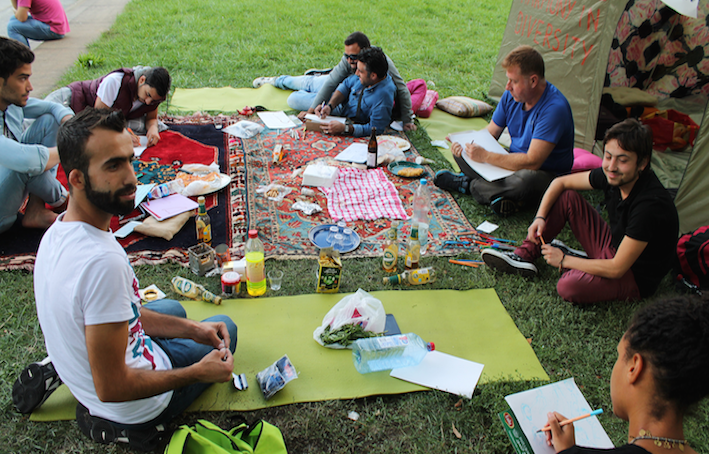 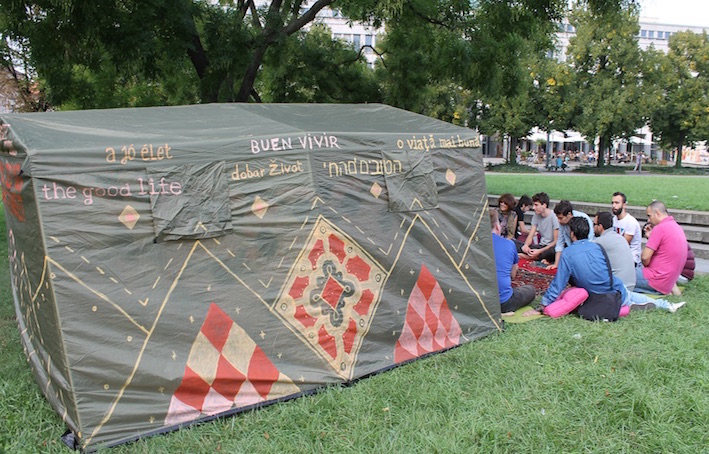 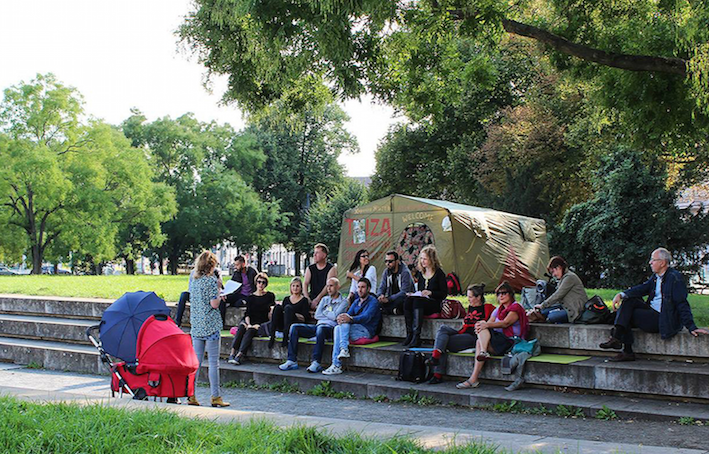 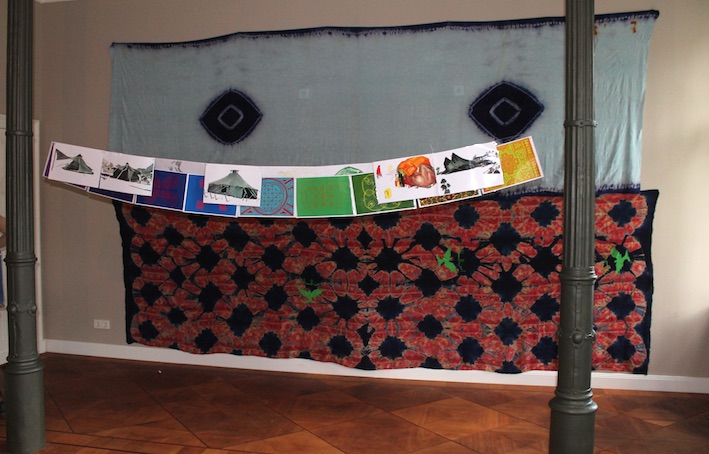 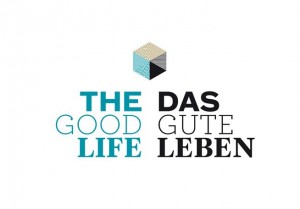 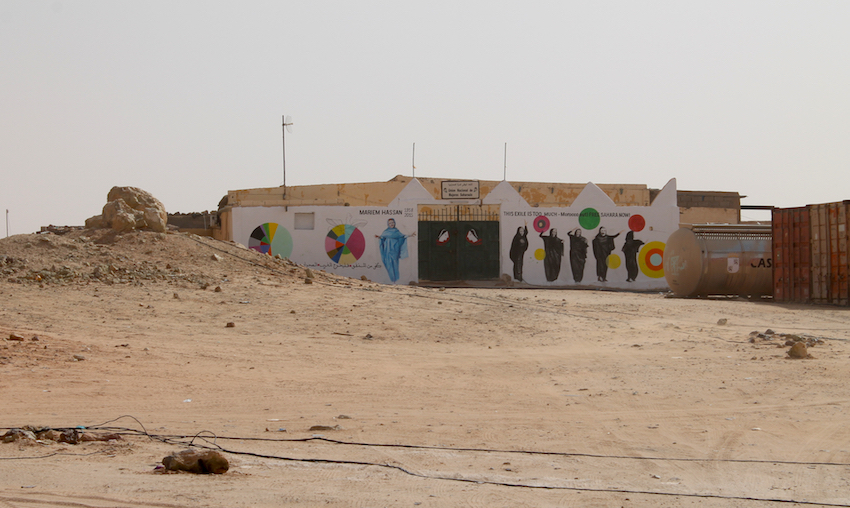 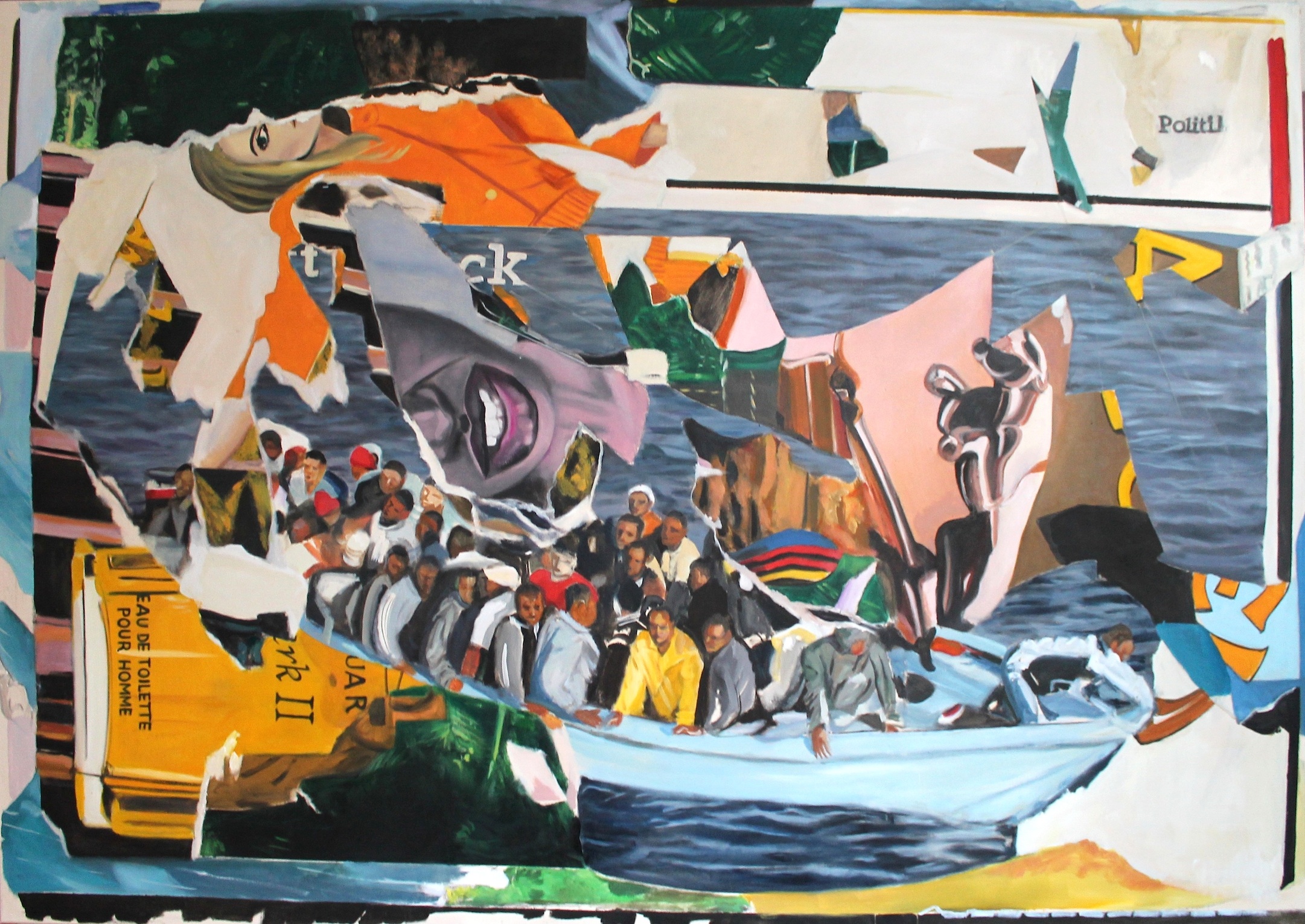